Air and Sea freight from China to Iran full guide 2021

China is the largest producer and exporter and sends its products and raw materials by sea to the Mediterranean Sea. Iran, due to its location in a very strategic region, is one of the countries where air and sea exports, as well as cargo shipping from China to this country, are done in bulk. But which option is better to send products from China to Iran than Air freight and Sea freight?

Air and Sea Freight comparison from China to Iran

In general, Sea freight is needed to ship products that you want to send in high volume and weight from China to Iran. You may ask why. This is because the volume and weight of the cargo container send through the sea transport system are much more than the air transport. You can ship 18,000 canteens at once, which is amazing. But on the other hand, sending cargo by air or Air Freight is also recommended if the value of the products is very high about their weight. For example, for valuables, luxury goods, expensive mobile phones, or hardware that need to reach the destination faster, the Air freight transportation method is recommended.

General clearance process in Iran for sending goods from China

Clearance of goods is done to deliver goods to customs and release them to the importer or exporter. In this case, the goods will be smuggled out and become legal. The clearance process goes through several stages, including preparation, registration of import or export documents in physical or electronic form, calculation of funds such as commercial profit, customs duties, taxes, customs tariff source, and facilities provided by the government to importers and exporters of goods, etc.

In most countries, customs brokers operate under the auspices of freight forwarding. Shipping lines, importers and exporters, and independent trades are mainly employers of customs duties, and Iran is no exception to this rule.

4- Receiving cottage and determining the route

Yellow Path: Examination of documents by an expert and obtaining the necessary permits

Red Route: Evaluate and obtain the necessary permits and review the documents by an expert

Prohibited goods for shipment from China to Iran

Goods whose import prohibit by Islamic law such as pork. Goods whose import prohibit by customs tariffs or approvals based on the law. Imports of weapons, ammunition, gunpowder, bullets, detonators, and Other ammunition, dynamite, incendiary and explosive materials prohibit but will be possible under the supervision of the Ministry of Defense and Armed Forces Support and with their consent. The case will be possible.

The import of various narcotics and psychotropic substances as well as their related precursors is also prohibited, but with the consent of the Ministry of Health, Treatment, and Medical Education, it will be possible for any case. The Ministry of Defense and Armed Forces Support will be possible under the supervision of this institution. Information will be available for each case.

The import of out-of-date banknotes, counterfeit stamps, and labels, as well as lottery tickets, is prohibited. Creating grounds for the deception of the buyer and the consumer towards the manufacturer, place of manufacture, properties, or main specifications of the goods is prohibited unless the cases of deception are removed with the approval and supervision of customs

The best Sea ports in Iran

Chabahar is a port located in the northern part of the Oman Sea, which can play a vital role due to its good geographical location for the transit and transit of trade goods in the Persian Gulf, Afghanistan, and Central Asia

It is one of the ports of the Khuzestan province of Iran in the Persian Gulf. This port is the largest active port in Iran with 34 active berths. The city of Bandar Imam Khomeini (RA) was built in the past under Bandar Shahpour to develop exports and imports and soon became the economic hub of Khuzestan.

It is one of the most vital ports in Iran. Annual unloading and loading of about 100 million tons of commercial, industrial, and other goods, with more than 55% of exports and imports and 70% of transit of the country’s ports, is responsible for international transportation. 90% of the container transit goods of the country unload in this complex.

It is in the south of Iran, north of the Persian Gulf, in 56 degrees and 12 minutes east longitude and 27 degrees and 9 minutes north latitude. This port is one of the old ports of the province and one of the eight economically active ports of Iran. It was in 1334 that in examining a suitable place to build a new wharf in Bandar Abbas (current Shahid Bahonar port), Khorchloo experts in Soro region, considering natural and historical factors, considered a suitable place for the first modern wharf in Bandar Abbas and built it in November 1346. Construction of Soro Wharf (now Shahid Bahonar Port) began.

A city with high port potential and the center of Bushehr province is one of the southwestern provinces of Iran. The population of this city last solar year was 290,359 people. Bushehr is a peninsula port in the central part of Bushehr city, which is limited to the Persian Gulf from north, west, and south. This port is at an altitude of 18 meters above sea level in the coastal region of the Persian Gulf climate is semi-desert.

The best Iran airports for shipping products from China

Iran has the largest airports in the Middle East in terms of cargo and passenger per year. The best international airports in the country for importing products from China are Imam Khomeini Airport and Mehrabad airports in Tehran.

In general, the time of air freight system is much less than Sea Freight from China to Iran, but in the following tables, we have examined the total shipping time.

List of prohibited goods for Air freight from China to Iran

Finally, we must point out that sending goods from China to Iran based on the type of goods you have and the shipping you want should be done with one of the Air freight or Sea Freight options. If you have a large amount of cargo, use the sea option, and if you have a small amount of cargo and a high cargo value, use Air Freight. DDPCH is also proud to announce that it offers the best options for shipping cargo from China to Iran, whether by sea or air. 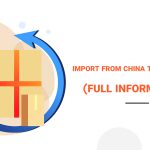 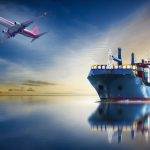