Should we use Air Freight or Sea freight when shipping cargo from China to Saudi Arabia? In the following, we will have a complete comparison between Air Freight and Sea Freight methods from China to Ascending Arabs. Stay with us until the end.

What is the best way to send products and shipping from China to Saudi Arabia? Are Air freight methods better or Sea Freight? What is the cost and time of sending cargo from China? In general, both methods are very suitable and the choice of each is effective at different times. But in the following, we will see a complete comparison between each of the two.

Air and Sea Freight comparison from China to Saudi Arabia

In general, Sea freight needs to ship products that you want to send in high volume and weight from China to Saudi Arabia. You may ask why. This is because the volume and weight of the cargo container send through the sea transport system are much more than the air transport. You can ship 18,000 containers at once, which is amazing. But on the other hand, sending cargo by air or Air Freight is also recommends if the value of the products is very high about their weight. For example, for valuables, luxury goods, expensive mobile phones, or hardware that need to reach the destination faster, the Air freight transportation method recommends.

In general, each clearance process in any country of the world has its own procedure. But you may ask yourself, what is customs clearance? Clearance of goods is a special process that is done at the time of sending or receiving the product internationally by sea and air.

The clearance process in Saudi Arabia also has its own procedure and includes the following documents:

Due to the strict custom clearance rules in Saudi Arabia, there is a possibility of sending goods incorrectly and during the clearance process. For this reason, your cargo in Saudi Arabia may not be able to cross the border and stay at the airport or port for months. For more information on how to clear goods in Saudi Arabia, you can inquire about clearing methods through the contact us link.

Saudi Arabia is one of the key countries in the Middle East. The country is very powerful in terms of maritime transport and millions of tons of cargo are sent and received in its export ports. But Saudi Arabia has 5 main export ports from which most of the goods are sent and received. These ports are the Islamic port of Jeddah, King Abdul Aziz port, King Fahd port, King Fahd industrial port, jubail port and Gizan port.

The best Saudi Arabia airports for shipping products from China

Finally, we must point out that sending goods from China to Saudi Arabia based on the type of goods you have and the shipping you want with one of the Air freight or Sea Freight options. If you have a large amount of cargo, use the sea option, and if you have a small amount of cargo and a high cargo value, use Air Freight. DDPCH is also proud to announce that it offers the best options for shipping cargo from China to Saudi Arabia, whether by sea or air. 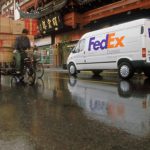 PrevWhy choose FedEx Service for shipping from China to the USA?June 27, 2021
Air and Sea freight from China to Turkey complete guide 2021June 28, 2021 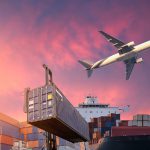