The number one on the list of the top 5 air freight airports in Saudi Arabia, is King Fahd International Airport (KFIA). This airport in the city of Dammam, Saudi Arabia is located approximately 20 kilometers in the northwest of this city. This airport serves Cargo airlines such as Air France Cargo, Cargo Garuda Indonesia, Cargolux, Emirates SkyCargo, Lufthansa Cargo, and Saudia Cargo that provides air freight services to all over the world from Saudi Arabia.

The number 3 on the list of the top 5 freight airports Saudi Arabia, is King Khalid International Airport. This airport is approximately located 35 kilometers away to the north of Riyadh, the capital of the kingdom. Cargo firms such as Cargolux, DHL International Aviation ME, Ethiopian Cargo, Lufthansa Cargo, Saudia Cargo, and Turkish Airlines Cargo operate from this airport.

Further Reading: Why air freight from China to Spain? | An importer’s guide

The Medina Airport or the Prince Mohammad bin Abdulaziz International Airport is basically a regional airport in the vicinity of the city of Medina. The airport was established and opened to the public in 1950 to handle domestic flights. This airport also operates international flights to the area and is the fourth biggest international airport in Saudi Arabia.

The last item on the list of the top 5 airports in Saudi Arabia for air freight service, is the Prince Abdul Mohsin bin Abdulaziz International Airport also known as the Yanbu airport. This airport offers domestic and international services for both commercial and cargo purposes. The airport sports a passenger terminal area of 8,500 square meters and can handle up to 500 passengers per hour. New control towers, cargo facilities, and security systems have recently been added to the airport. 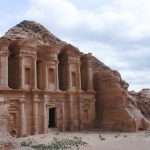 PrevCustoms Clearance in Jordan Full Guide for the Chinese TradersFebruary 22, 2020
Top air freight airports in Jordan to import from ChinaFebruary 25, 2020