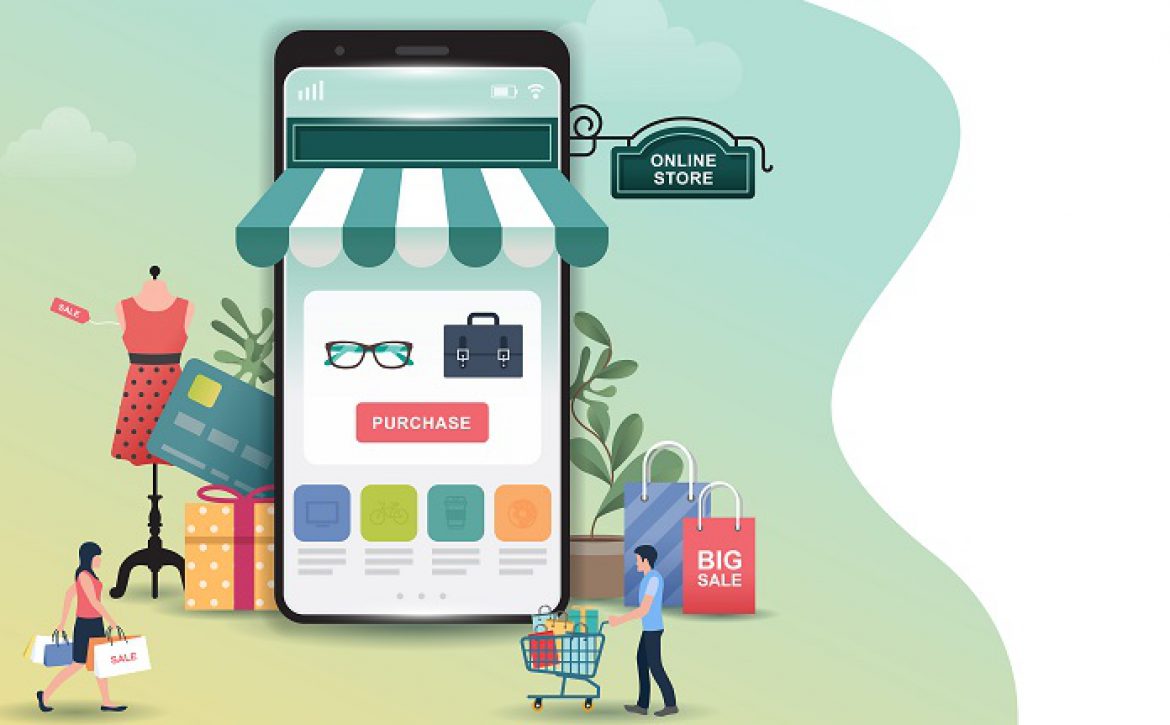 How to find the best price on Chinese wholesale websites? (2021 Version)

This article is based on the experience of many years of experts in this fileld. After reading it, you will understand why it is convenient to buy from Chinese wholesale websites.

Alibaba VS made in china (Full Guide)

Alibaba is an e-commerce business that includes three major subsets: Alibaba, Taobao, and Tamil. A business-to-business website that introduces buyers to different suppliers around the world. 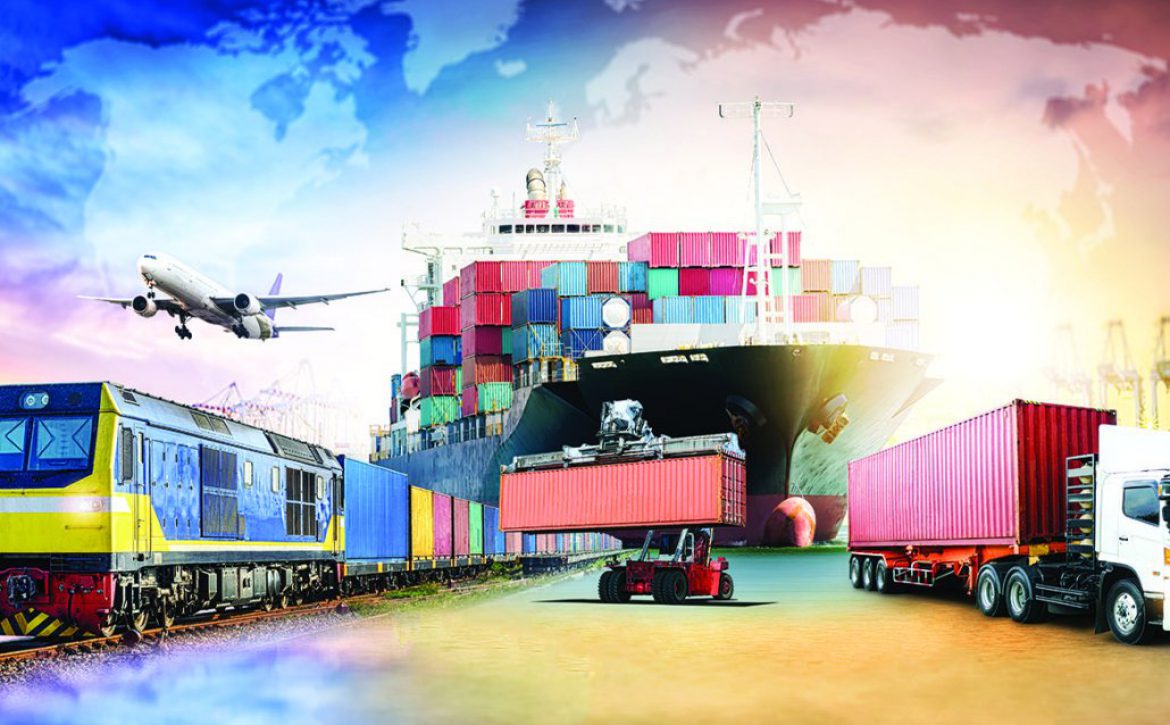 In general, the fundamental difference between the FOB and the FAS Incoterms is in the amount of export transfer risk between the buyer and the seller 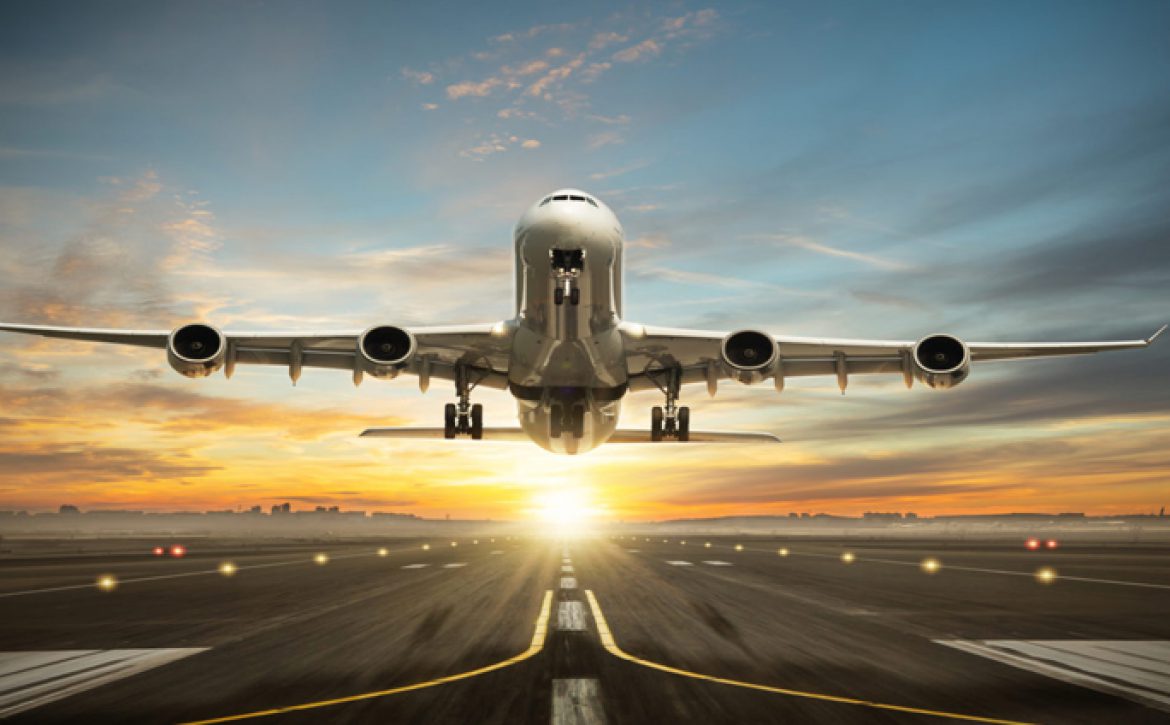 Why choose air freight service for shipping from China to Canada?

This article from the ddpch website will point to all the necessary information you need to know about transit time, prices, and airports for shipping from China to Canada.

Choosing the right shipping method is one of the most important parts of having a successful international trade.

There is no definite answer to this question because various factors such as distance, cost consideration, time sensitivity, accessibility, etc. are involved when determining the choice between air and sea for freight transportation.

In this article, by comparing the pros and cons of each shipping method we will help you find out which option is the best for you.

Air freight is certainly much faster than sea freight and in this option even if it involves a few transshipments, cargo ship arrives at the destination way sooner than cargo shipped by sea.

And the large network of air freight allows shippers to export or import their cargo anywhere in the world as fast as possible.

Taking China to the US door-to-door takes about 8-10 days for air freight and 30 days or more on ocean freight.

You have to choose this method and have no other choices when time sensitivity is a major factor in transporting the cargo.

Although, not all the times you have to arrive the cargo to the customers as fast as possible, and not all the cargo is time-sensitive.

Generally, the cost you evaluate for your cargo transportation mostly depends on its weight and your time constraints.

Due to the high fuel consumption and limited capacity of an airplane, and the volume of cargo a ship can carry at once an air freight shipment is considerably more expensive than the same volume of sea freight cargo. So air freight transport is a more suitable option for small shipments. It’s faster, safer, and more reliable than ocean freight if you’re willing to pay a higher price for shipping.

Especially if you don’t have time constraints.

Air freight is appropriate for the transport of perishable goods, like flowers or fresh produce.

air freight greatly reduces the distance between two points, so it can ensure the freshness of the perishable goods.

And air freight is more suitable for carrying unitized cargoes because it is limited in the type of cargo.

Air freight is most preferred for the most direct city-to-city transport and on routes between countries.

it is the preferred mode of shipping especially with retail perishable goods which need to reach the destination quickly.

Sea freight is superior for shipments that need to travel long distances between oceans and seas.

Although this factor has no effect on your sale and costs, it is becoming more important to apply eco-friendly practices.

And due to ocean freight is the most carbon-efficient to transfer any cargoes it is a more reasonable option to choose between Air freight transport vs Sea freight transport as it has a significantly better carbon footprint.

Ships are no longer the only way to transport cargoes. Airplanes can transfer cargoes faster safer and easier.

Ocean freight shipping is riskier if it’s important for you that your shipment arrives by a certain date.

But if you’re not limited by the time or you’re aiming to transport heavy equipment or you are trying to keep your costs down we’ll offer you the classic sea freight transport. 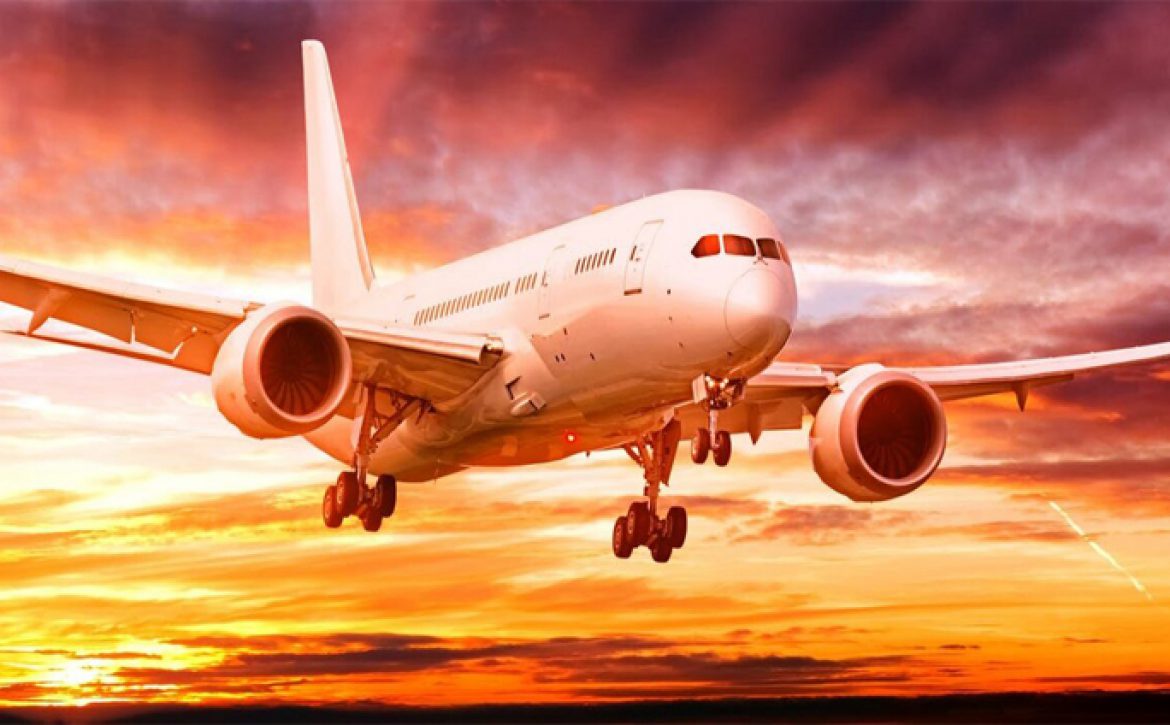 Why choose Air freight service from China to Argentina?

As you might also know, China is a huge country with diversified and differentiated products and services. In this case, it is so obvious that you want to import your required products from this country. 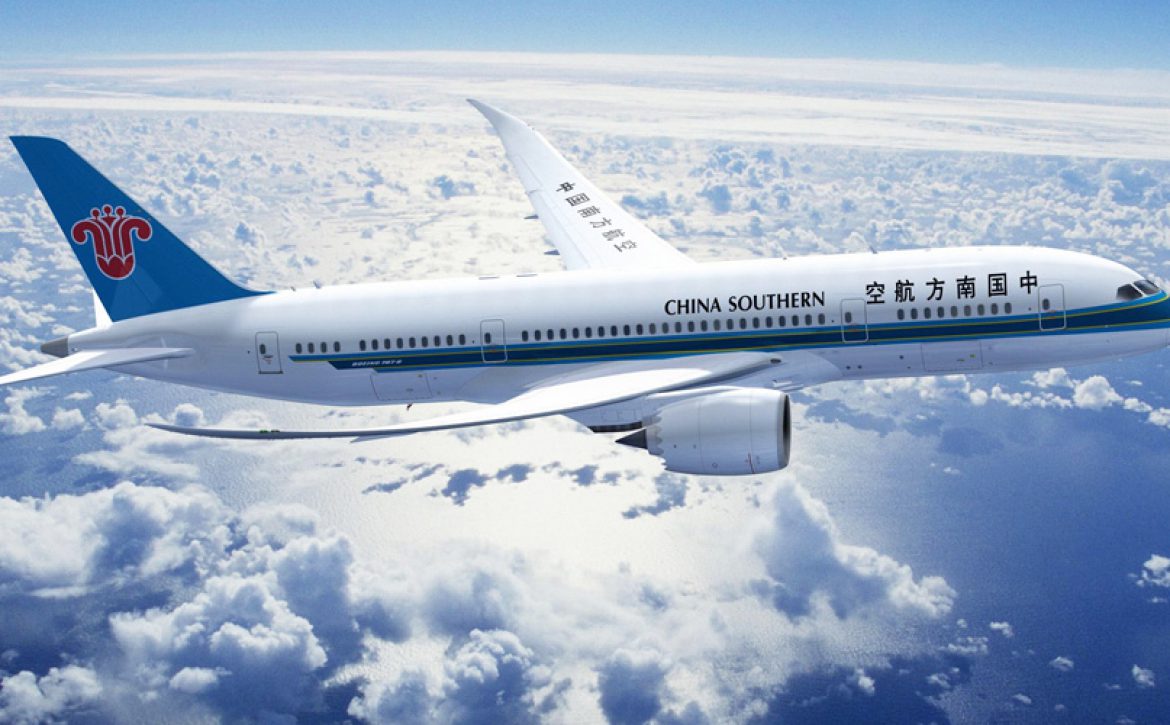 The airline was established in 1988 and is headquartered in Guangzhou, China.  China Southern has more than 2,000 daily flights to more than 225 destinations in 40 countries.

China Southern is currently a member of the Sky Team with Asia’s largest fleet.

Air China is China’s largest airline, established in 1988 following a decision by the Chinese communist government;

airline network is very wide and covers everything from Asia and the Middle East to Western Europe and North America.

The airline flies to more than 200 domestic and foreign cities in China, most of the time from Beijing. Air China, another major Chinese city, Shanghai, also flies to destinations in Asia, Europe, and Australia.

Hainan is a Chinese airline that is currently the fourth largest airline in China in terms of size and fleet.

Hainan was established in 1989 in China. The company is headquartered in Hainan. The airline is one of the largest civil aviation companies in China, providing airline services.

Shanghai Pudong Airport is a very large and modern airport with two main terminals for inbound and outbound flights. The third terminal has been under construction since 2015.

This airport is the main hub of companies (China Eastern) and (Shanghai) and one of the main hubs (Air China).  Shanghai Pudong Airport handles 60 million passengers worldwide annually.

International Airport is the main airport in Beijing and has always been one of the busiest airports in the world.

Capital Airport with code PEK and ICAO code ZBAA is located 20 km northeast of Beijing, the capital of the People’s Republic of China.

The airport is the main hub of China Airlines and is China’s busiest international airport. The airport is open 24 hours a day and has three passenger terminals:

Terminal 2: Other domestic and international airlines use this terminal.  Reputable airlines such as Lufthansa also have a special office in this terminal.

Terminal 2 is very large and alone is larger than all five terminals at London Heathrow Airport.  This terminal is the largest airport terminal building in the world after Dubai Airport Terminal.

Among the famous airports of the vast land of China, Chongqing Yangby Airport is one of the five largest airports in the southwest of the country. The airport is located in the Ubiquitous area of ​​Chongqing City, 20 to 30 km from the city center.

Terminal T2 itself is also divided into two main years named A and B. Due to the long distance between the two terminals and all three airport terminals in total, passengers can board free shuttles and buses from Terminal T2 to T3. It is possible to travel in the opposite direction in this direction.

Guangzhou International Airport was built and inaugurated on August 5, 2004, 28 km from Guangzhou, in the Huadu and Bayon districts.

When the new Guangzhou Airport opened in the city, the old Chinese airport in the area was completely closed.

For the new airport to be able to grow and develop further, most of the main flights were transferred to this airport and an attempt was made to overcome the limitations of this airport. Guangzhou Bayonne Airport is approximately 5 times larger than the area’s old airport.

Guangzhou Bayon International Airport consists of three runways, two of which are 3,800 meters long and one of which is 3,600 meters long.

Runway 3 at Guangzhou Bayon International Airport allows the airport complex to carry an average of 80 million passengers and 2.5 million tons of cargo a year at the airport.

In this airport and its terminals, you can access many facilities, which we will name for you in the following:

This international airline is the main airport in the whole city. The airport has incoming and outgoing flights to both Chinese and foreign cities. The airline, which is a public airport, has a concrete runway that is 3600 meters long. Hangzhou Airport has IATA and ICAO codes.

The airport is located on the south bank of the Hangzhou River. Regarding the incoming and outgoing flights to this airport, we must say that there are flights from this airport to all airports throughout China.

Most of the international flights to this airport fly from countries in East and Southeast Asia, South Asia, most airports in Africa, and finally in Europe.

Hangzhou is one of the most important cities in China, where there are many commercial and economic centers.  In this Chinese city, Hangzhou Jiashan International Airport has the largest volume of travel in this city.

This international airport is the main airport in the whole city. These airlines have incoming and outgoing flights to both Chinese and foreign cities.

The airport, which is a public airport, has a concrete runway that is 3600 meters long. Hangzhou Airport has IATA and ICAO codes.

These airlines are located on the south bank of the Hangzhou River. Regarding the incoming and outgoing flights to this airport, we must say that there are flights from this airport to all airports throughout China.

Most of the international flights to this airport fly from countries in East and Southeast Asia, South Asia, most airports in Africa, and finally in Europe.

The International Shenzhen Airport is one of the beautiful international airports with special and extraordinary architecture not only in China but also around the world.

At first, you can use the railway and metro services of this airport and easily use the airport to any part of the city or even China, which of course exists in the specified routes of the railway lines.

You can also use the airport exit doors to use shuttle buses or taxis.

At Shenzhen Airport, passengers can use the airport’s special ferries called Ferry, depending on their route and the routes that this section has. 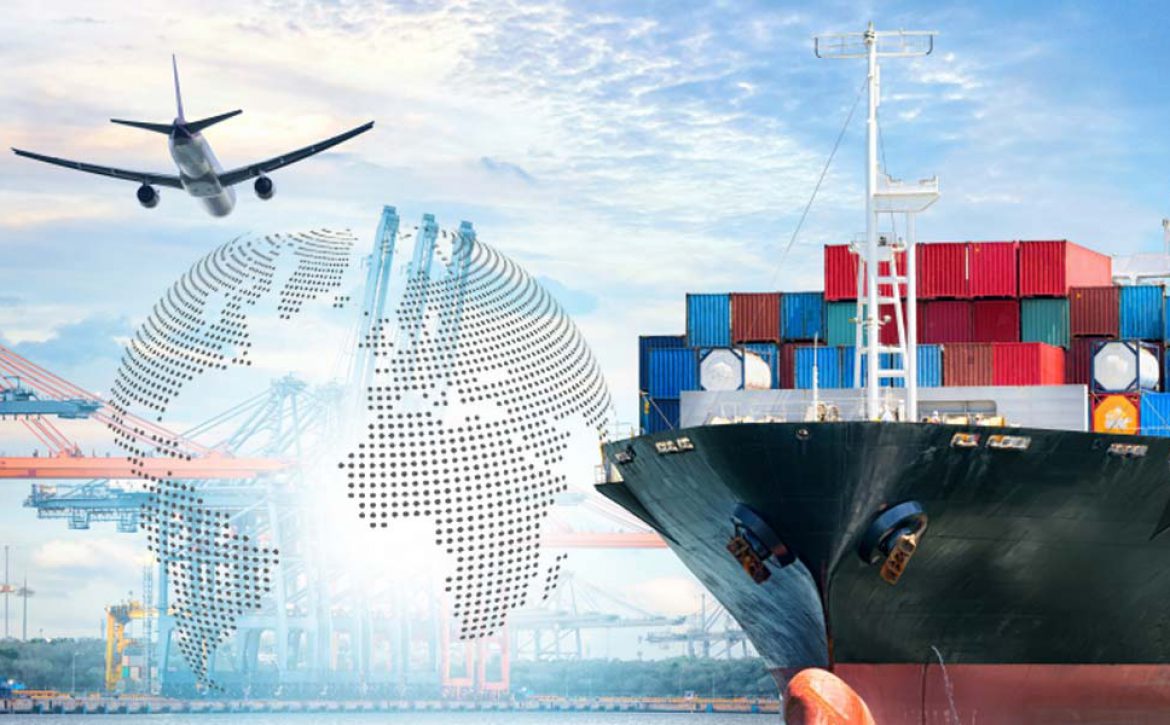 Which information is necessary for shipping quotation?

Before getting international shipping, you should have some necessary information for shipping quotation. There are five most types you should know that we want to discuss in this article. If you stick this five-point in your mind, you will have more confidence when asking for a quote. 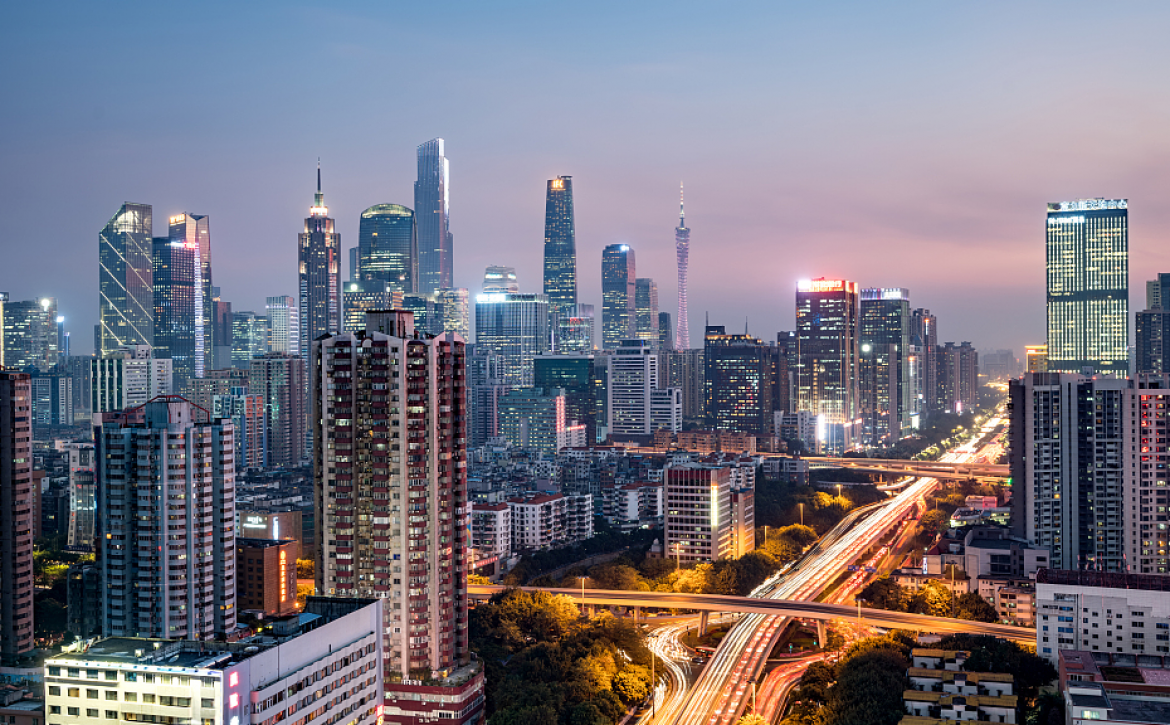 Guangzhou is the capital of the province of Guangdong which is located in southern China. This city was the terminus of Silk Road. The only port accessible to most foreigh traders, Guangzhou play the role as a major transportaion hub. 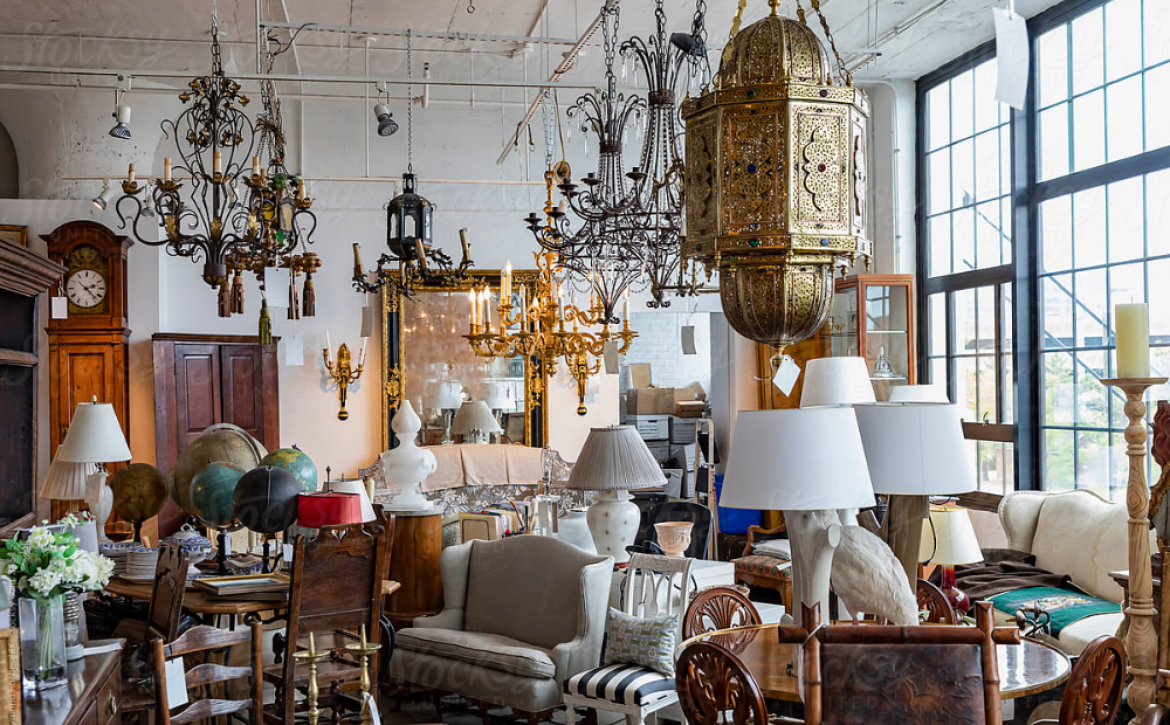 As you might know, China is the economic heart of the whole world. Most of the products and services are manufactured and produced by Chinese suppliers and manufacturers.