Everyone is widely talking about the Corona Virus effect on air freight. According to industry insiders, air freight prices are skyrocketing after the grounding of many passenger flights in Asia left shippers scrambling to book small spots on freighters as Chinese industrial production restarts.

According to Reuters, approximately half of the air cargo transported worldwide usually travels in the heart of passenger jets. This is instead of dedicated freighters. Yet, in response to the coronavirus outbreak, deep flight cuts have made the market more dependent on freight haulers.

Freight forwarder Agility Logistics announces on its website about the Corona Virus effect on air freight. They announced that in February, China’s air cargo capacity goes down to 39 percent. This is compared to last year due to the cuts in passenger flight.

Freight Investor Services said in an update to customers that cargo pricing on China-to-U.S. had hit “abnormal highs” and intra-Asian traffic had risen by 22 percent over the previous week. Evidence from the TAC index shows China-USA freight prices have increased by 27 percent to $3.50 a kilogram over the past two weeks.

DHL’s express volumes have begun to recover in China and the company is bringing aircraft back into the network, finance chief Melanie Kreis of Deutsche Post AG (DPWGn. DE) said, adding that its fleet is a significant asset despite the grounding of several passenger aircraft.

Due to the Corona Virus effect on air freight, the number of freighter arrivals in mainland China has increased. This is happening as factories resumed production in the last weeks. China’s aviation regulator announced that estimations about the number of freighter flights would exceed 870 this week. This amount is up from 788 in the week beginning Feb. 17. 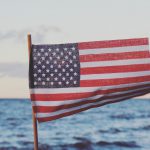 PrevTop 5 USA Customs Clearance Ports | Importing from China to the USAMarch 20, 2020
Why Door to Door Shipping Service? | Benefits and AdvantageMarch 21, 2020 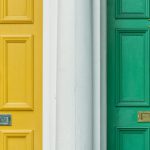