Customs Clearance in Bahrain – Full Guide for Traders in China

Although it’s not a core customer, “Exports to Bahrain in China increased to 139267 USD THO in December,” says the latest report of Trading Economics. So, as of 2020, more people who’re importing from China want to know about the customs clearance in Bahrain.

According to the official website of the Kingdom of Bahrain, you only need a bill of lading and invoices to clear imported goods. However, the following list contains a much-detailed list of papers for the procedure.

The Customs Clearance Procedure in Bahrain

First, you need to pay the duty and fees at the cashier desk in the customs office. Then, you should submit all the required documents and at the Customs Point and pay the charges of cargo management. Finally, the Port Operator will send your payload to the last destination, where it has to be inspected. If your goods face no security issue during the inspections, you’ll be free to move them at any desired time.

Note: Customs Clearance in Bahrain for FCL and LCL shipments is different. While FCL cargos usually do not undergo unstuffing processes, LCL containers are mainly unstuffed and inspected at the Customs Point. However, the X-Ray check will be applied to both—regardless of other conditions.

The shipment owner doesn’t have to be present for the clearance processes. However, they can follow the procedures in person if they need to—unless it’s an overland shipment).

Bahrain is an Islamic country. However, unlike what we have seen in Customs Clearance in Saudi Arabia or Qatar, you can bring in alcoholic beverages if they’re part of a removal. But the full list of banned items in this region is as follows:

Duty and Fee in Bahrain

5% duty is applied to new items. However, old or used items such as computers, pianos, or other musical instruments may undergo the same duty as well. Videos that you carry face $0.55 charge for inspections. But if you’re not importing CDs, DVDs, or VCDs in large quantities, you’ll not have to pay a duty for such items.

If the owner has a Residence Permit, all HHG’s are allowed duty-free. Moreover, diplomatic removals are also duty-free in Bahrain. Commodity shipments and motor vehicles include 5% duty on CIF value, whereas the customs duty on alcoholic beverages must be accessed by the officials. 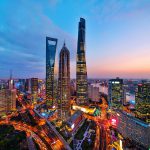 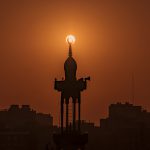