Customs Clearance in Iraq | All importers must know!

Relations between China and Iraq have evolved in recent years. The two countries upgraded their ties to a strategic partnership in 2015. In 2018, bilateral trade peaked at $30 billion, with China relocating India as Iraq’s leading trade partner. And Iraq is now the third-largest source of imported oil in China. The bilateral relationship is based on energy cooperation.

Imports from the private sector generally require licenses, although few exceptions do exist. The following documents must be sent to the customs authorities in order to import goods: a commercial invoice (including the product description, an indication of the country of origin and the manufacturer details); A certificate of origin (although not generally required, the origin statement will appear on the invoice); two copies of the packing list; three copies of the lading note.

Further Reading: Why DDP terms for shipping from China? | Must-Read for Importers

While shipping to Erbil, the regulations of customs clearance in Iraq will vary. In this case, you will require to obtain a letter of authorization from the agent of the origin.

While we are talking about the importing process, you must keep in mind that choosing either DDP services, air freight, or even sea cargo.

Customs Clearance in Iraq Duties and Taxes on Imports

Starting from the first of January 2018, for some of them, customs duty rates on other imported goods were revised to exceed 30 percent.

When shipping to Iraq, the non-tariff barriers include insufficient infrastructure and capacity for trade, significant delays in customs processing, security considerations and certain broad import and export bans.

Lastly, let us talk about the regulations of Customs Clearance in Iraq about samples. There are no clear sample shipping procedures. Sample shipments need the same set of documents as a normal shipment. The value of the goods should still appear in the commercial invoice showing ‘only’ on the invoice for customs clearance purposes. Zero value invoices are not sufficient.

The DDPCH can manage every step of the customs clearance in Iraq. We are the experts in transportation to the Middle East. And with our years of experience in delivering sea and air freight, express cargos, Amazon FBA, and DDP shipments, we guarantee the fastest and most reliable procedures. 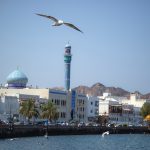 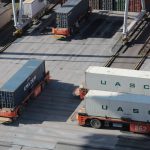