Why choose FCL and LCL sea freight from china?(full guide)

There are various modes of transportation to deliver cargo across international borders such as FCL and LCL. It is important for the importer or exporter to choose the most suitable method and route depending on the size of the shipment, the cost and how urgently the delivery of the goods is required.

Read to read LCL vs FCL and tips | All you need to know before shipping?

Sea freight forwarding is the best option for bulk cargo transportation, sometimes it’s the only option. When importing from China, you can choose FCL, or LCL . If your entire cargo volume doesn’t meet one full container requirement. Port view Sounds pretty straightforward.

If you are moving goods by sea, you can use the FCL or LCL method. FCL and LCL are two common terms used in International business shipping, but what do they mean?

What is FCL freight forwarding?

FCL is a type of delivery of goods that requires the customer to rent 1 container or more in full to make the delivery of goods. Container sizes are generally divided into 2, namely 20’ft and 40’ft. This service is intended for customers who want to deliver goods in large quantities.

In addition to the large number, there are several reasons why customers must rent containers in full, one of which is because the goods sent are flammable, damaged or require special handling. These goods include: coconut oil, charcoal husks, materials that require a certain temperature setting such as frozen food, vegetables, fruit and types of fish and other similar materials.

What are the FCL advantages?

Prices tend to be more expensive

The LCL price allows you to ship a smaller size so that it suppresses cash flow because it is cheaper than FCL which is expensive because one cargo load is only filled by his belongings.

FCL is shipped faster than LCL because the entire container doesn’t need to be unloaded into multiple loads before being shipped so there is less potential for port and customs authorities delays from holding other people’s cargo packed together.

FCL has less chance of damaged goods because the container only contains your goods. While the understanding of LCL or Less Container Load is where the shipper does not have enough products for one full container so the shipper will order cargo that allows him to load his goods with products from other shippers.

In contrast to FCL, LCL is a shipping term used for container loads filled by multiple orders of goods. When a customer wants to ship a small quantity of stock by container ship, they combine the shipment with another order. LCL is an ISO (International Standard Operation) term for cargo containing goods from several exporters or importers.

Overall LCL is cheaper because the volume is lower than freight forwarding for an entire FCL container.

LCL takes a long time to deliver due to complicated customs and inspection procedures. When an LCL shipment reaches the port, the different shipments must be matched with the appropriate documents on each item in the container, and then sorted. So LCL shipments tend to take longer than FCL.

LCL does not have a warranty on other goods being shipped in the same container. So there is a greater risk of your goods being damaged. There are respective advantages between LCL and FCL. LCL allows you to save money and FLC provides a much faster delivery service.

When to use LCL or FCL?

When you want to start shipping, you need to make sure which type of service you will choose. This is to make the price efficiency in the process. Here are some reasons when you should choose FCL or LCL:

There is no consolidation fee in shipping.

The total cost is added to the consolidation fee

How to make the right choice between FCL and LCL?

Ready to compare FCL Vs. LCL? They are two common shipping terms used in the international logistics industry for both export and import sea freight cargo. LCL means you share space with others, also cost sharing LCL allows importers to ship a small amount of cargo that is not a large enough volume to make FCL the right choice. This means your cargo is combined with other consignments headed to the same destination. Unlike FCL, which usually has a flat rate per container, LCL is charged by volume, which is set in cubic meters. LCL shipping is a cost-effective solution for smaller shipments as you only pay for the volume space used. At the same time it is almost always cheaper than air freight. When it comes to FCL, the three most common container types list below for your evaluation.

Freight forwarder is a company or individual that helps the process of shipping goods. The processes that can be provided include picking up goods, managing documents related to shipping until the goods are received by the customer or final distribution. Freight forwarders generally have contracts with one or more carriers such as trucking and shipping vendors in the process of moving goods.

There are several services that are usually provided by freight forwarders as in the following link. To be able to provide the best price information, forwarders need to know in advance the destination of delivery, what goods are sent, and the number of goods to be sent.

From the number of goods that the forwarder wants to send, the forwarder can suggest that the customer needs to use FCL or LCL services. Here is an explanation regarding what is the difference between FCL and LCL.

DDPCH offers fair prices for FCL and LCL sea freight from china to all over the world to our customers. Contact us and ask for our affordable services 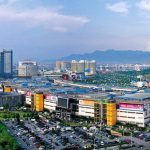 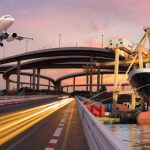