Unfortunately, there’s only one location where you can deliver the goods to Israel. Ben Gurion, one of the international airports in Israel, is the initial site you must choose when dealing with the Israeli customers. However, we’ll provide you with a complete list of transnational airfields in Israel in this article.

The Interrelation of the Two Nations

According to XINHUWANET, “China is now Israel’s largest trading partner in Asia and the third-largest across the world. In the first half of 2018, the bilateral trade gained by 21.6 percent, about five times faster than the global average.”

Chinese officials are trying to strengthen up their economic ties with Israel, while still keeping their Arab customers happy. However, the two countries seem to be willing to expand their relationship and increase their trade rate.

Being the top airport in the Middle East for three years in a row (2007-2009), Ben Gurion cannot be neglected. No matter you’re importing from China or exporting from Israel, this international airfield should top your list as well.

Gurion—also known as Natbag—is situated near Lod city, close to Tel Aviv. It’s one of the largest air cargo accepters in the country, having more than 10 active global couriers. Some of its main forwarders are:

Israel may not have any nominees in the list of the leading airline in Asia 2019, but the nation has several top-notch airfields. Haifa, for instance, is a small but very well-preserved airport that handles hundreds of flights each year.

It might not be a proper choice when it comes to China-Israel transportation. However, it’s one of the best international airports in Israel. It’s situated in Haifa (as the name suggests), near Kishon Port.

Being the second largest airport in Israel, Roman is a newly launched one. The airfield started operating in 2019 but soon became one of the primary choices of travelers. It’s placed in the Timna Valley. Although it’s one of the most important cites in the country, Roman is primarily capable of handling passengers only. That’s why Tel Aviv airport (Gurion) is the go-to for Chinese traders.

Who Can Handle Transporting from China to Israel?

DDPCH is a well-known courier in Shenzhen that can deliver your cargos from the People’s Republic of China to Tel Aviv. We work with the largest international airport in Israel, Ben Gurion. And we’re able to offer DDP, Express, and regular air freight or sea freight to cities in this country. You can contact us now and book a shipment right away. 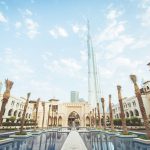 PrevCustoms Clearance in the UAE Step-by-Step GuideFebruary 13, 2020
Why Gold suppliers on Alibaba are Important? | A buyer’s guideFebruary 16, 2020 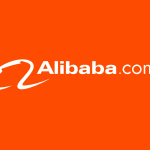