Why choose a shipping company in Guangzhou? | All to know

Before talking about choosing a shipping company in Guangzhou, let us get to know the city a little bit better. Guangzhou has been a strategic point for China’s trade, manufacturing, and transport since the Chinese economic reform. In terms of population, Guangzhou is the third Chinese city (13 million inhabitants), after Shanghai and Beijing. Surrounded by Shenzhen, Hong Kong, and Macau, Guangzhou is part of China’s largest economic city, but moreover part of the world.

Further Reading: Finding the Best Shipping Agent in China | Signs to Look for

Every year the city draws tourists from around the world, mainly for its world-famous Canton fair. Every year, the activities of Guangzhou’s port are growing, mainly because of all the trade and business events that settle in the town. The Canton fairs are managed by the Chinese Ministry of Trade and involve the help of a major logistics program in the region. Guangzhou is thus a world-renowned place of trade and also a hotspot for all the products produced.

The port of Guangzhou

To know more about choosing a shipping company in Guangzhou, you must also be familiar with the port of Guangzhou. Guangzhou and its port are in southern China, in the Guangdong Province. It is predominantly a commercial port. This allows the region to be economically very active, particularly in exports.

The traffic of Port of Guangzhou was is at 201 million tonnes of goods and 4.8 million TEU all forwarded by a different shipping company in Guangzhou. The port hit 431 million tonnes and 14.3 million TEU in 2017. It is now ranked the third-largest Chinese port and fifth in the world.

The Canton fair has grown tremendously since its creation and has gained immense popularity all over the world. This event brings together different businessmen and investors but also promotes economic cooperation between China and foreign countries. This successful trading partnership with its allies is a part of the growth and transformation of China in the world today.

Further Reading: The Best Shipping Company for the Canton Fair 2020 in Guangzhou

The Chinese reputation strengthened tremendously on the international scene by dramatically improving its foreign exchanges. During the Canton Fair, there is a tremendous array of items available for visitors. Making it an amazing opportunity to import products from China. In this time, you can choose one shipping company in Guangzhou to forward your goods to their destinations. If you are planning to visit the Canton Fair, read about Registration Guide for Overseas Buyer and Top travel tips in Guangzhou for Canton Fair for visitors.

The DDPCH can manage every step of your way. With our years of experience in delivering sea and air freight, express cargos, Amazon FBA, and DDP shipments, we guarantee the fastest and most reliable procedures. 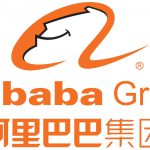 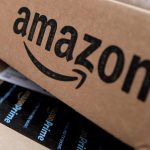