Shanghai is one of the most important cities in China. Twenty-four million people live in this city and there are great skyscrapers inside it.

Heavy and critical industries are in Shanghai. Therefore, many businessmen and businesswomen go to this country to provide goods for their business.

After ordering products, this question comes to the mind that “how to transport goods from Shanghai to other countries”.

Don’t worry! This city has a great airport and shipping port for the air and sea freight.

In this article, we aim to talk about the shipping agent in Shanghai. At the end of this article, you will have enough information to decide.

Different industries are done in Shanghai. For example, it is well known for its great steelmaking. Therefore, it is not surprising that this city is famous for the automobile industry.

Great companies, such as Volkswagen and General Motors, have the agency in this city.

It is a center of manufacturing plastics, ICs, ethylene, microcomputers, and mobile phones.

This city has a tremendous and essential port for shipping the packages; annually, many packages are sent to other parts of the world through this port.

Shanghai International Group Company (SIPG) is one of the public terminals for goods transportation. Many operations are done in this port, they as the following:

This port has an ideal location, and it is near natural resources. Agricultural and industrial activities near this port have resulted in the growth of Shanghai Port.

Shanghai port aims to improve its facilities through the Yangtze River. It is connected to northeast Asia for the transition of packages.

This port has three central container area; they are as the following:

Shanghai has non-container terminals; they influenced the economic development of this river. They are as the following:

There are logistic services in this port that they are very useful, and they play an essential role in the development of this port. They are as the following:

This airport is one of the most important in this city, and it is an excellent location for flying to East Asia.

It operates many international and domestic flights. Many airlines use this airport that they are as the following:

Many courier companies transport packages from this airport, such as FedEx, UPS, and DHL.

It is the busiest international hub in China, and many passenger traffic and air cargo are handles inside it.

This airport has the eight position in the international list as the busiest gateway.

This airport is connected to other airports such as:

This airport, as the previous one, is the other international airport in this city. Many domestic and international flights are operated inside it.

Many airlines use this airport for traveling; they are as the following:

Excellent facilities are offered for the air freight at this airport. Everything is well organized. Due to these reasons, this airport is top-rated for goods transportation.

This city is a great hub for the goods transition. Therefore based on your plane, you can decide to choose the best way. Many important cities, such as Guango, Shenxhen, wuhaan, Chung King, Tianjin, Hangzou, Chengdu and Xian, are near to this city.

Therefore if you are in one of this city, you can choose Shanghai for the goods transportation.

It is better to consult with a local agency in this city to get more information!

Use DDPCH to import your packages from China to all over the world!

Door to Door or the DDPCH group is a china company that helps you send your packages (not important big or small) to many countries such as the United States of Emirates, Oman, Saudi Arabia, Qatar, Iran, Germany, and the United Kingdom.

The only thing you should do is deliver packages in china to the DDPCH group and then give them the destination. You can choose the air or ship transportations. After that, the DDPCH team will call you in the destination, and you can receive your packages safely.

How much does it cost to ship a container from China?

How long does it take for a container to go to the United States?

It depends on the distance and the ship’s speed, but from China to the United States, it usually takes 2 weeks.

Do container ships go back to China empty?

How many containers are lost at sea?

They are, on average, 568 containers lost at sea each year. 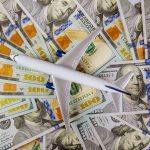 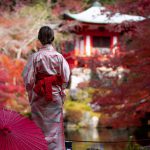