Sea Ports in Europe are a pillar of European trade, foreign relations, economy, tourism, and transport. Currently, there are a total of 340 ports that connect Europe both from within and to the outside world. In addition to connecting Europe with 848 ports in the Far East and 629 ports in Central and South America, these European trading centers also link continental Europe with peripheral regions.

The following is a list of the 10 Ports in Europe :

The biggest Sea Ports in Europe in Rotterdam in the Netherlands handle the most robust influx of European trade and commerce pressure. With around 12,500 hectares and more than 40 kilometers, the port facilitates a spectrum of industrial activities. It is one of the best examples of the advancement of European trade. Due to its easy access and departure geography, this port is recognized as one of the commercial giants of Europe.

This is one of the critical Sea Ports in Europe Located in Le Havre, France; this has been active for almost five centuries. It accepts vessels 24/7, has room for cruise ships of all sizes, and is one of the largest cargo handling ports.

Antwerp, Belgium, is home to the second-largest Sea Ports after Rotterdam. Located in central Europe, the Port of Antwerp is one of the fastest-growing and developing regions for trade and employment.

Spread over 13,000 hectares, it welcomes companies from all over the world and offers an increasing number of employment opportunities with solid shifts in skill development.

The fourth Sea Ports in Europe: Port of Trieste

The fourth Sea Ports in Europe of Trieste is located on the Adriatic Sea in Italy and is a bustling center for trade and travel both by land and by sea. It has acquired the status of a free port.

It is divided into five subdivisions: three for commercial purposes, and another two are assigned to industrial activities.

The fifth Paloukia Salamina has a rich tourism history and receives many European tourists every year. Located in Greece, this passenger port is a magnet instantly boosting the country’s tourism revenue.

Although Salamina is known primarily for its tourist influx, it is also important to note that it resides on the borders of the most extensive industrial facilities in Greece, which means that there are also abundant employment opportunities.

A port offering intermodal trade and transport, the Port of Hamburg resides in Germany. It has been a commercial center since 1189 AD, so the regional popularity has evolved quite well in terms of trade and economic development.

Also known as the Gate of the World, the port of Hamburg is located on a territory of 73.99 square kilometers. It also offers rail transport for goods loaded and unloaded at the docks, facilitating quick and easy trade.

The Port of Felixstowe in the UK is the largest and busiest container port in Great Britain and one of the largest in Europe. The port is connected to 700 other ports around the world and offers promising employment opportunities.

The port of Algeciras is located in Cádiz, an autonomous community of Andalusia, Spain. This Sea Ports in Europe handles the most significant commercial and tourist influx in Spain and is one of the largest and busiest ports.

In addition to trade, the port of Algeciras is also recognized as a passenger and fishing port. It has  ​​68 hectares and ten kilometers of docks that it occupies in different basins. The port is best known for trade and automobile transport.

After Algeciras, the Port of Valencia is another milestone in the Spanish commercial infrastructure. It is one of the largest seaports on the Mediterranean fringe and is also one of the busiest commercial sites in Europe.

The Sea Port in Europe of Valencia is located on one of the most fertile geostrategic trade routes. It handles a large proportion of cargo entering and leaving Europe. The port also has a 1.2 square kilometer storage facility.

This port is in Germany and is located on the outskirts of the river Weser. This Sea Port in Europe is one of the most important transshipment centers important for German exports and imports. In addition, it is also ideally located for tourism and interregional travel due to its proximity to other countries. 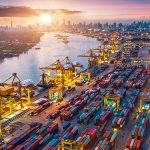 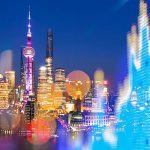