Top Airports in USA for Air Freight | An Importer’s Handbook

There are over 19,700 airports in the United States according to the National Plan of Integrated Airport Systems (NPIAS). Among such airports, 5,170 are open to the public, and 503 serve commercial flights. In this article, however, we will focus on introducing the top airports in USA for air freight. Read on to learn more about what are the top airports in USA if you are importing from China.

Further Reading: International Airports in Iran to Import from China

The third item on the top airports in USA list is the O’Hare International Airport in Chicago.  There are two major freight areas at O’Hare now. In the 1980s, the South Cargo Area changed locations from the first air cargo facilities at the airport which were actually east of the terminal center. Many of the structures in this new cargo area were then rebuilt to make the OMP and specifically the 10R/28L runway; as a result, what is now the South Cargo Area is between 10R/28L and 10C/28C.

The largest international airport serving the Dallas – Fort Worth metroplex area in the U.S. state of Texas. This airport is also famous as Dallas Airport or DFW Airport is the fourth item on the list of the top airports in USA.

Further Reading: How to Find the Cheapest air freight from China? | Top Tips for Importers

The Denver International Airport, locally famous as DIA, is an international airport in the western United States. This airport is mainly serving metropolitan Denver, Colorado, as well as the broader urban area of the Front Line. The last item on the top airports in USA list is connects internationally via air cargos such as: AirNet Express, Lufthansa Cargo, UPS Airlines, DHL Aviation, Bemidji Airlines.

The DDPCH can manage every step of your import process. We are the experts in transportation to the Middle East. And with our years of experience in delivering sea and air freight, express cargos, Amazon FBA, and DDP shipments, we guarantee the fastest and most reliable procedures. 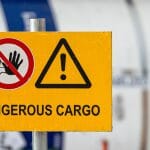 PrevWhat is a Material Safety Data Sheet (MSDS) | Why is it Needed for International Shipping 2020?April 25, 2020
What is the Difference Between Cargo and Freight? | Basic InformationApril 26, 2020 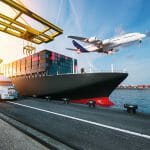