China is a great country in the world with a lot of Industrial Cities!. It has a brilliant past. The archeological findings indicate that human beings lived in this region 250000 years ago! It is outstanding!

There are different landscapes, such as mountains, rivers, green places, and immense deserts. Great Wall of China is famous globally, and almost everyone has heard about this giant wall’s mystery.

The economy of china has been overgrowing these days, and it has become a significant power in the financial world.

Many experts believe that China is a great and real competitor for the United States that will defeat it very soon! No one knows!!

There are significant industrial cities in China. If you want to go to this country for business, it is essential to know them!

In this article, we aim to introduce five big industrial cities in China. At the end of this article, you will have enough information and you can organize your trip.

The power of china in the economy world!

It is better to know that China has many decentralized regional economies, which, in the end, make tremendous power for this country.

This categorization will give you an insight into China. Hence, the industrial cities are located in the eastern of China.

Shanghai is one of the biggest industrial cities in China and one of the world’s best largest cities. Twenty-four million people live in this city. Heavy and critical industries are in Shanghai.

This city is well known for its great steel making. Therefore, it is not surprising that this city is famous for the automobile industry.

Great companies, such as Volkswagen and General Motors, have the agency in this city. This city is a center of manufacturing plastics, ICs, ethylene, microcomputers, and mobile phones.

The Lujiazui skyscrapers, museums, and historical buildings, such as the City God Temple and Yu Garden, are famous in this city.

Shanghai is the most similar city to New York globally, and many people consider this city as the eastern New York.

Shanghai is the beating heart of industrial cities in this big country.

Shenzhen is one of the most important industrial cities in China. The city’s reputation is for electronic manufacturing. Since the 1980, this city starts developing. These days, it has become a Special Economic Zone. Industries, such as telecommunication and computers, work actively in Shenzhen.

It is essential to know that many famous brands, like Apple and LG, use this city’s economic power.

Another critical point is that Walmart’s agency is activated in this city. Walmart is an American retail seller. This brand has occupied the first position in providing goods for food hypermarkets, supermarkets, and chain stores.

This city is the right destination for all businessmen or businesswomen around the world to purchase clothes and sending to their countries.

All in all, these facts help this city to be in the place of top industrial cities in China.

The name of Hong Kong shines in industrial cities in China. At first, this city was a region consist of different villages which did fishing and agriculture.

But after some time, the economic power of this city was recognized, and it became one of the most important financial ports in the world. Now almost 7 million people live in this great city.

This city is a heaven of investors because the tax is low, and the trade is free. It may be interesting for you to know that the meaning of Hong Kong is “aromatic port.”

Many skyscrapers are in this city, and they have changed the look of the town. The transportation system is extensive and available to everyone.

Undoubtedly, this city has a vital role in China’s economic growth. One of the leading industries in town is to manufacture medical equipment technology.

Hence, it is not surprising that Hong Kong’s name is in many prominent medical centers.

Generally, this city is famous for its technology. Many innovative ideas in technology form in this city, and then they are sent all over the world.

Hong Kong is the 35th largest economy in the world, and its GPD is 373 billion dollars.

Besides, this city has the 10th rank for import and export of goods. It is interesting to know that more than half the power of transportation in this city is related to the goods transportation. Chinese products take 40% of this traffic.

I think now you certainly know why this city shines among industrial cities in China!

This city is near to Shanghai, and it has dramatically influenced Ningbo. Now it has become one of the industrial cities in China.

The logistical position of this city is excellent. Therefore, it is not surprising that this city has housed many industries.

The Ningbo port is spread in many locations, and it is one of the busiest ports in the world.

It has been estimated that near to 7.6 million people live in this city. It indicates that this city is economically active.

Like other cities in China, this city is famous for electronic manufacturing, like telecom equipment production and IT devices.

This city is an excellent place for chemical production, and many prominent companies are in this city.

All in all, this city has an excellent position to transport goods, and it is the house of many industries.

Qingdao is one of China’s industrial cities, which has a significant role in China’s economy.

In 2018, it was the 31st global financial centers globally. In 2007, it was one of the top ten cities in China for its growing economy.

This city is very livable, and this factor has caused many businessmen and businesswomen attract to this city for trading.

In 2020, it received a Gamma level in a global city. All these facts indicate that to be in the list of industrial cities is graceful for this city.

This city is famous for the great industries that actively work inside it. This city is a perfect house of chemical products such as fine chemicals and petrochemicals.

Metallurgy is an excellent industry in this city, and it is not surprising that automobiles and machinery are very active in this city.

Besides, this city is famous for its textiles and garments. Therefore, when you enter this city, you can visit different investors around the world.

Other industrial cities in china

In this article, we tried to introduce 5 top industrial cities in China. But other cities in this great country are powerful in different industries such as Guangzhou and Tianjin.

In Guangzhou, automotive, petrochemical, and electronics are very prominent, and in Tianjin, modern mechanics and textiles are top-rated.

Suppose you want to travel to this city. In that case, it is better to collect enough information about different cities, and then, according to this information and your targeted business, choose the best city.

All these things help in money and time savings!

Use DDPCH to import your packages from China to all over the world!

Door to Door or the DDPCH group is a china company that helps you send your packages (not important big or small) to many countries such as the United States of Emirates, Oman, Saudi Arabia, Qatar, Kuwait, Iran, Israel, Germany, and the United Kingdom.

The only thing you should do is deliver packages in china to the DDPCH group and then give them the destination. You can choose the air or ship transportations. After that, the DDPCH team will call you in the destination, and you can receive your packages safely.

What is Top 5 biggest city in china?

What is best city’s for import product from china?

Shenzhen, Guangzhou, and shanghai are the best city in China for import product

READ  Why Trust a Gold Supplier in Alibaba? | Detailed Answer for Importers
best city for import from china best city in china
274 Views 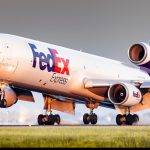 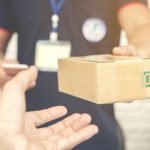