Sea freight is one type of transportation that plays an essential role in the development of foreign trade. It is one of the most suitable transportation methods due to its advantages such as low cost of transportation of goods, payment of money against valid documents, and speed of action in transporting a large volume of goods.

When it comes to shipping, the first thing that comes to mind is seaports equipped with special features to carry various goods. Goods shipped by sea are usually large and have a long duration that does not affect their quality, although the geographical characteristics of a country may require how the goods to be transported!

This article aims to talk about top seaports in China. In the end, you will have enough information about this matter.

The history of sea freight

Before starting to talk about top seaports in China, it is better to have a quick look at sea freight history.

History shows that about ten thousand years ago, civilizations and trade between peoples arose on the shores of lakes, rivers, and seas. Thus, trade and transportation began to develop. Over time, with human society’s development and the science and technology of the shipping and freight industry, sea freight became the most crucial transportation method.

The archeological findings indicated that the Phoenicians were active in sea trading around 2,000 BC, the Persians from about 500 BC, and the Romans around 100 BC and 500 AD.

In the 18th century, there were extensive advances in sea freight because the Suez Canal reduced Europe and India’s distance by 6,900 nautical miles. Although sailing ships’ capacity did not change significantly up to the last decade, these ships (until that time were the primary means of sea transport) changed in terms of size, capacity, type, and the number of masts.

In 1827, the invention of the propeller ship provided the conditions for the construction of ocean-going. However, over a thousand years, the ships’ use, carrying capacity, and speed had not changed significantly.

In 1848 the maximum speed of sailing ships did not exceed 8 knots, and the distance from London to Lisbon was one week, and to New York 30 days, and from Europe to China, it took several months.

By the end of the nineteenth century, 90 percent of goods were still transported by sea, nine percent by road and train, and one percent by plane.

In the last century, sea freight has played a significant role in the movement of goods. This method is especially suitable for transporting bulk goods. The construction and development of high-speed ships and the provision of “DOOR TO DOOR” and the establishment of advanced and regular shipping lines have made it possible to ship cargo, even expensive goods, now at reasonable rates and much cheaper than other methods!

China is a powerful country globally, and many people travel to this country every year to provide products for their business. Therefore, it is not surprising to see the growth of sea freight in China.

Over the past few decades, with the economy’s growth and especially China’s exports, the country’s seaports have also developed. In the following, we point to top seaports in China.

Shanghai Port is one of the top seaports in China, and it is considered one of the world’s prominent ports. It was built in 1842, and now it has made China the world’s largest trading nation. More than a quarter of China’s imports and exports are done through this port each year.

According to the latest data from the “World Transportation Council,” the capacity of Shanghai Port in 2016 was more than 37 million TEU, and the volume of its container traffic has increased by 1.6% compared to the previous year.

China’s rapid growth and sustained global economic growth over the past 40 years have directly impacted the Shanghai port development. China’s gross domestic product grew 33.5 times between 1978 and 2017, showing an average annual growth rate of 9.5 percent, which is higher than 2.9 percent globally.

The presence of a fully automatic terminal in Shanghai has established the world’s busiest container port as the world’s top. China’s subsequent efforts to turn the port into a world shipping hub have received increasing attention.

In the first half of 2018, Shanghai International Port saw a 4.6% increase in operating capacity and a 20.50 million TEU handling volume.

It is then not surmising to see the name of this port among the top seaports in China.

Shenzhen Port is one of the top seaports in China. The port of Shenzhen is located in the southern Pearl Delta in south China, adjacent to the Pacific Ocean. This port has a 260 km coastline and is 20 nautical miles from Hong Kong.

Shenzhen Port is located on the west coast of the city, and it has a great depth. This port is considered the most natural harbor in the world. The port has natural shelters for the storage of goods, and at the same time, large warehouses have been built inside it.

From 1979 to 2004, Shenzhen Port spent more than 30 billion Yuan on port infrastructure, and now it has 140 berths. There are 39 shipping companies in this port that have launched 131 international container routes.

The port is divided into two regions by the new areas and the Hong Kong Peninsula:

The western port is located in the east of Lingdingyang on the East Pearl River, and it includes a deep water port with safe natural havens.

This port is about 37.04 km from Hong Kong to the south and 111.12 km from Guangzhou to the north. As a result, the western port is connected to the Pearl River area, including cities and towns along the river.

The eastern part is located north of Daping Bay, and it is claimed to be the best natural harbor in southern China.

The economic and functional situation of Shenzhen port

As we mentioned, this port is among the top seaports in China. Shenzhen’s port accounts for about 17.3% of China’s total gross revenue, or about $ 34.5 billion. This port is China’s foreign investment hub, and it has raised more than $ 30 billion over the past two decades.

Shenzhen port also has many tourist attractions, and it tries to attract more tourists to this city by holding various exhibitions every year.

It has profitable potential growth due to its proximity to the Pearl Delta and the Port of Hong Kong. The Pearl River Delta is a region with abundant agricultural and industrial potential, the right place for large Western companies to invest.

It is one of the four most important free trade zones in China. It is not surprising to see the name of this port among the top seaports in China.

Ningbo urban areas include three towns and many rural regions, including islands in Hangzhou Bay and the East China Sea.

Ningbo has the second position in the world for its operational capacity in sending commercial shipments. There are many manufacturing and industrial factories around it. The volume of production and export of goods in this region has had a significant impact on this region’s growth and development.

Guangzhou Port is one of the top seaports in China. This port, also called CANTON, is the capital of Guangdong Province. The port is located in southern China, near the Pearl River, northwest of Hong Kong, and northeast of Macau, and it is one of the most popular destinations for sea freight in China.

The Pearl River (China’s third-largest river) flows through Guangzhou into the South Sea, connecting the city with the sea. This port is a vital seaport for some cities such as:

It is connected to more than 300 ports in 80 countries worldwide.

Port of Qingdao is one of China’s top seaports located in the Yellow River Basin on the Pacific Ocean’s west coast. It is merged with South Korea’s largest port and three other Chinese ports in 2011 to establish a transportation and logistics hub in Northeast Asia, with more than 450 ports.

Now it is connected to more than 130 countries around the world. One of the natural advantages of this port is having deep water and free of ice and mud.

The port provides loading and unloading services, storage and logistics for containers, coal, iron ore, crude oil, cereals, and more. Passenger services are also offered at the port. With a capacity of millions of tons, this port can carry a variety of public goods, bulk cargo, and large equipment.

Qingdao Port has been the most innovative port in recent years in terms of Chinese ports’ competitiveness. It has covered 9.6 million square kilometers of Chinese land, and it is recognized as the best Chinese port in satisfying customers.

Then, it is not surprising to see this port among the top seaports in Chin!

Qingdao Port has been one of the most beautiful ports, ensuring there is no pollution to the environment.

In this article, we tried to introduce top seaports in China. If you want to have more specific information about each of these ports, you must go to the official website.

What are the main ports in China?

Shanghai, Shenzhen and Guangzhou port are the main ports in China. 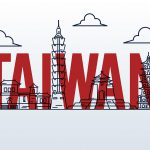 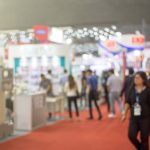