What is Bulk carrier? | All you need to know

What is Bulk Cargo?

Before digging into answering What is a Bulk carrier, we must go over the definition of bulk cargo. So what is Bulk Cargo?

This refers to a substance in either liquid or granular, particulate form, as a mass of relatively small solids, like petroleum / crude oil, grain, coal, or gravel. Typically this cargo is dropped or poured into the hold of a bulk container, railcar/railway wagon, or tanker truck/trailer/semi-trailer frame, with a spout or shovel bucket. Smaller quantities are put into boxes (or drummed) and palletized (still considered as bulk).

What is Bulk carrier? Definition

The word bulk carrier has various descriptions. Since 1999, the International Convention on the Protection of Life at Sea has defined a bulk carrier as a ship built with a single deck, top-side tanks, and hopper side tanks in cargo spaces and intended primarily to carry dry bulk cargo; an ore carrier; or a combination carrier.

Multipurpose cargo ships may carry bulk freight, but can carry other cargoes as well and are not explicitly designed for bulk carriage. To differentiate bulk carriers from bulk liquid carriers such as crude, chemical, or liquefied petroleum gas carriers, experts use the term “solid bulk carrier”. Quite small bulk carriers can hardly be differentiated from general cargo ships, and are mostly listed as based.

Bulk carriers are classified into six groups of major size: small, handysize, handymax, panamax, capesize, and very big. Very large bulk and ore carriers fall into the category of capsize but these are often separate from each other.

What is Bulk carrier? History

Now that we know What is a Bulk carrier, let us read a little bit about the history of Bulk carriers.

Until the advent of specialized bulk carriers, the shippers had two methods of moving bulk goods by container. Longshoremen loaded the cargo in sacks in the first process, stacked the sacks on pallets and placed the pallets with a crane into the cargo hold. The second approach demanded that the shipper lease a whole ship and spend time and money in the holds to construct plywood bins.

Further Reading: Fulfillment by Amazon in China | How to Ship Your Products

Instead, he had to build wooden feeders and moving boards to direct the cargo through the narrow hatches. Those methods were labor intensive and sluggish. The problem of effective loading and unloading, as with the container ship, has guided the evolution of the bulk carrier. As steam-powered ships became more common, specialized bulk carriers began to show up.

The DDPCH can manage every step of your way. We’re the experts in transportation to the Middle East. And with our years of experience in delivering sea and air freight, express cargos, Amazon FBA, and DDP shipments, we guarantee the fastest and most reliable procedures.

PrevFreight forwarder vs Express carrier | All to knowMarch 1, 2020
Everything about Aliexpress standard shipping | Full GuideMarch 1, 2020 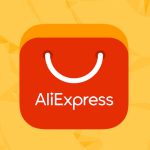