Why Door to Door (DDP) Air, Sea cargo from China to France?

Here you will learn every thing you need to know about air and sea Cargo From China to France. On the basis of the DDP (Delivered Duty Paid), the seller must deliver the goods at his expense and assume all the risks up to the place of destination in the importing country; it takes care of all the formalities and pays all the import duties and costs. Basically, the DDP corresponds to the DAP, but with customs duties and other taxes in addition.

What is the DDP cargo?

DDP or Delivered Duty Paid is one of the terms incoterms. In DDP, the buyer or importer is only responsible for loading and unloading goods at the delivery destination.

How Long Does It Take to Air Cargo From China to France?

The  Air Cargo From China to France is used to move goods quickly to their destination . It is indeed the fastest means of transport , since the routing of a product traveling between China and France will only take a few days. Air freight is also the most reliable way . It is particularly used for goods with a high value, but also seasonal goods, clothing, electronic products and / or products with a high risk of deterioration at sea.

On arrival, each French port has its own specificity and can be the gateway to continental, national, or local markets.

Among them are, in particular, the port of Le Havre (fifth container port in the very competitive northern European range), the port of Marseille-Fos (second Mediterranean port in terms of tonnage), and the port of Rouen (first grain port in Europe). We can also cite the ports of Dunkirk, Nantes-Saint Nazaire, La Rochelle, and Bordeaux, which are among the seven major ports which concentrated more than 87% of port traffic in mainland France in 2019.

How Long Does It Take to Ship Cargo From China to France?

Sea freight is considered to be the most reliable type of transportation for transporting bulky or bulk cargo . Ship Cargo From China to France , takes around 35 days. These seven days of transit generally include travel, customs clearance, and delivery to the sender.

Main airports in China and France

What are the main airports for Ship Cargo From China to France?

Here is a listing of the ten busiest airports in the country with the airport code:

You can find prices for freight from China by clicking our button below. On  DDPCH , it is in fact possible to find prices immediately for the shipment of parcels, pallets as well as bulk goods. 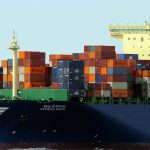 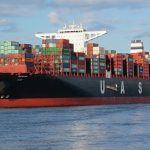