Why to choose Beijing to import goods from China?

If you have chosen this article to read, you may want to transport some goods from Beijing to other parts of the world. As you know, there are different ways of goods transportation such as air freight and sea freight, that each of them has some advantages. At first, you should know the detailed information about each way, then choose the best one!

Beijing is an essential city in China, and many businessmen and businesswomen travel to this city in China to order products for their business.

This article aims to talk about “why to choose Beijing to import goods.” After you finished it, you would have enough information in this field.

Before we talk about why to choose Beijing to import goods, it is better to know this city very well.

Beijing is a significant city in China, and it is located in the northeast of this country. Beijing is the second-most populous city in China after Shanghai. It has a population of about 21 million people. The town is not geographically close to the Yellow Sea, but the Chaubai River, which flows through Beijing, influences the climate.

This city in China is trendy among people worldwide, and the main reasons are as the following:

What is Beijing known for?

This city is known for its great places that there are in it:

Do people speak English in Beijing?

When you go to this city to order products, it is essential for you that people who are in this city speak in English. Because many people around the world travel to this city, they can speak English. If you want to ask a company in this city to transport packages from you, they know English very well. Then there is no way to be worried!

What are the nearest cities to Beijing?

When you, as a businessman or businesswoman, go to China, you may not travel to famous cities, and you want to go to small cities in China to order products for your business. Then, it is essential to know what cities are near the famous cities in China. The nearest towns to Beijing are as the following:

Taxes for importing from Beijing

Generally, when you want to import from China, you must pay these taxes:

The Port of Tianjin, formerly known as the Port of Tanggu, is the largest port in Northern China and the main maritime gateway to Beijing. It is 170 km southeast of Beijing. Millions of tonnes of goods are transported each year. It is 100 Square Kilometers. This port is on the coast of Tianjin Municipality, and it is connected to Haihe in the south, New Yongding River in the north, borders of Tanggu in the west, and Bohai Bay in the east.

It is divided into nine ports, and the three main ports are as the following:

It is better to know that the second airport was opened in 2019, and most flights are still operated from PEK. However, PKX is going to be one of the most significant airports in China in the near future.

This article tried to cover all the important information about Beijing. If you are in this city and you want to transport your packages, it is better to ask reliable companies to do it for you. One of the best places to find reliable companies is Alibaba. However, pay attention to this matter after finding a company for shipping from Beijing in China; you must have a contract for all actions you do!

Yes, it is an expensive city, but there are many discounts for goods in this city. if you want to travel to this country, it is better to know the time of discounts. 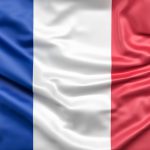 PrevAll information about shipping from China to France (full Guide)!November 8, 2020
What package size is essential for airfreight service?November 9, 2020 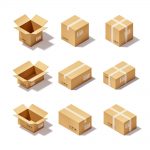