Why to choose Courier companies for shipping from China?

Nowadays there are different ways to deliver goods from one country to another one, Such as deliver goods from sea, air or surface. There are a lot of companies that work in this field, such as FedEx, TNT ,Aramex,TPS and DHL. In this article we want to speak about Courier company for shipping from China and why to choose them, So keep on reading this article to get more information

Different reasons for choosing Courier company for shipping from china

There are different factors that person or company should consider in sending or delivering goods from one country to another country, one of these factor is the cost, lower expenses and costs , lower exchange rates and handling fees ,as well are some factors to choosing Courier companies shipping from China

Chinese Courier companies are fast deliver and have a big deals with other companies, so with any doubt or stress you can have an agreement with them and your goods will send to your specific destination , also you can trust them without any regret.

They know more about the market and how to handle logistics, so with Choosing them you can increase your luck to have better deals and gain more insight

instead of working with one or two partner in independent office, Chinese Courier companies will offer you with more personal one to one partnership and also it can cause to enhance and improve your operation

Now I want to explain some of these Companies in the field of courier in brief, that I was mentioned before, at the beginning of the article , so keep on reading this article, you should know them and increase your knowledge about product sourcing companies

The first one is DHL, DHL or DHL Express is kind of German Courier company that was established in 1969 ,it’s also known in the as the world largest Courier service and the head office of it is based in Bonn Germany.
This German company is located in China for about three decades and the head of it is in Beijing, DHL has a worldwide delivering service especially international shipping

UPS is the abbreviation of United Parcel Service and like DHL and FedEx it’s also one of the famous and known company in delivering and courier services. It was established in 1907 Means at ancient times, so it is one of the oldest company in the world at the field of courier

is also kind of courier company that was established in 1946 in Australia but after a while it moved to Europe, means liege , Belgium the amazing thing about it is that FedEx company bought it in 2015, but yet it is still works as a separate company from the FedEx, it has different branches on worldwide like Shanghai, China that was established in 2004. Nodaway, TNT works in 61 countries and has branches in this countries.

It’s kind of Courier company that was established by Fadi Chandour and bill king son in 1982 in Jordan and now it’s based in Dubai, United Arab Emirates ,like other couriers companies, it has different branches all around the world, means in about 70 countries

Here we will mention some of them just in brief inorder that you become familiar with Some of the services in brief.
DDCPH offers different services like VIP membership, first door in door agent and two offices in China located in Shenzhen and Guangzhou in China
So in this article you became familiar with different reasons for choosing Chinese Courier company for shipping and also some courier companies that are famous around the world
Thanks for reading

why to choose courier companies for shipping from china?

there are different reasons we can consider for it like cheaper costs ,fast delivering and better marketing knowledge

which companies are famous in field of courier?


DDSCPH offers different services such as VIP membership, first door in door agent and two offices in China located in Shenzhen and Guangzhou in China 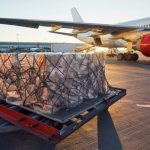 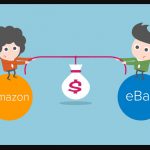