Why to choose Shenzhen to import goods from China?

Shenzhen is an important city in China and one of the most powerful one which has a great influence on China’s economy. At first, it was many small villages that the main job were fishing. Then, by economic reforms that happened in this city in 1979, it has become one of the vital economic hub in China.

This city has attracted many investment around the world, and now it is impossible to imagine China without Shenzhen.

This article aims to discuss why to choose Shenzhen to import goods from China! At the end of this article, you will have enough information about this matter.

As mentioned before, it was a group of villages for fishing near 40 years ago. However, now, it is in the list of 7th biggest city in China, and many people, businessmen and travelers, go to this amazing city for entertainment and business. It helps to economic growth of China.

The role of this city in China (and we can claim that around the world) is very significant, that nobody can imagine the world without this city. Many prominent companies in the developed countries choose this city for their hub in China and in Aisa.

It is the main city of electronic manufacturing, and it is mentioned as a second financial capital in China. The means of transportation are complete in this city, and many amusing parks and beaches exist in this prominent city.

After the growth of Shenzhen, the population has reached to 19.5 million people. Great number!

Many tall buildings are in this city and they has put Shenzhen in the 4th tallest building in the world and the second tallest in China.

High luxury hotels in this city attract many people around the world, and people enjoy great restaurants in it.

This city is rich of mountains, hills and beaches. They have created a nice view in this city. The top parks in this city are:

Many experts suggest to every businessmen and businesswomen, if they want to buy electronic devices, Shenzhen is the best place for it. There are great markets in this city, and you have a great deal of choice to choose your preferred products.

But here, we advise you, if you want to enjoy buying, it is better to know Chinese Language or to go for shopping by a local one . It will help you to choose the best one!

Why is Shenzhen important to China?

One of the most important factor, that has made Shenzhen very prominent in China, is industry development. It is an excellent city for technology, financial services and modern logistics.

This city is considered as a global pioneer in mobile technology, DNA sequencing and 3D displays. Many prominent companies such as Tecent, Huawei, ZTE, Baidu and IBM are in this city.

Besides, many financial institutions, such as HSBC, China Merchant Bank and Standard Chartered have a center in this city.

It is better to know that business in this city includes many exemptions, grants and loans. Therefore, many businessmen and businesswomen are attracted to this city every year. Some these regulations are as the below:

Free trade zone in this city are as the below:

For these reasons, Shenzhen is a pioneer city in China for investment. On 2019, CCCDR (Comprehensive Deepening Reform Commission) announced for new plans in this city.

It is expected in near future, great changes will happen in this city, that some of them are as the below:

As you know, many people prefer air cargo for freight forwarding. Then it is essential to know the international airport in this city.

It is one of the most important airports in China and one of busies airport in the world. It has three terminals, which tow of them are for domestic flights and one of them for international.

This sea port is one of the prominent sea port in China. Thirty nine shipping companies are in this port and they travel to 131 international routes. 560 ships are in Shenzhen port which provide fast services around the world.

How many days you need in Shenzhen?

It is an important questions for all businessmen and businesswomen. If you travel to this city to order products, you only need two to four days.

Where can I buy cheap clothes in Shenzhen?

Up to here, we pointed to this matter that this city is prominent for technology. But it doesn’t mean that other products are not offered in this city.

This city is a great hub for all people who are looking for high quality and cheap clothes. Statistics indicates that one of the products that attracts many people around the world is clothes. One of the most important reasons is that they are manufactured in high quality and low price.

Other products such as Jewelry, hand bags and watches are offered.There are many centers in this city. Top centers for clothes are:

How to transport to Shenzhen

Travelling to this city is done by airplanes, trains, buses or cars. This city is near to Hong Kong and Guangzhou, then it is better to use an airplane to travel to Shenzhen from these cities.

The weather of Shenzhen

For many people, it is very important to know about the weather of a city when they want to go!

Particularly, When a customer wants to go to a city in person, this matter is very important. As the easy access to the Internet, it is not hard anymore to have a general view about the temperature of a city.

The annual temperature is 22.4 Celsius. In January, it reaches to 10 Celsius.

The currency of Shenzhen is Yuan or RMB. There are different exchange offices in airports or banks that you can use to change your money.

In this article, we tried to talk about this matter why to choose Shenzhen to import goods from China. This city offers many opportunities such as tax exemptions, easy travelling to prominent cities (Hong Kong and Guangzhou).

We advise you before travelling to this city, to talk with people who have experienced of travelling to this city. if you want to go to Shenzhen for purchasing products, it is better to have a list of goods shops and center for you preferred products. Then, when you are in this city, you will not be confused and you can organize your plan very well. It will help you to do the best!

This city offers many services for business to be tax free. you must know all of them completely.

It not a cheap city, but it is not expensive! every thing is normal. 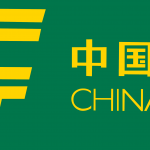